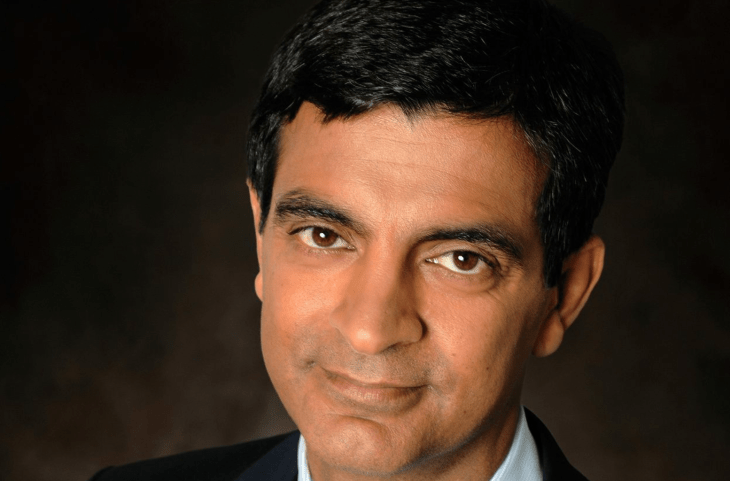 If WeWork  wanted to cement the impression that it no longer strives to be viewed as a tech company but rather as a real estate giant focused on leasing space, it would probably choose a veteran from the real estate world.

That’s just what it has done, too, according to a new story from the WSJ that says the company, which was famously forced to pull its initial public offering last fall, has settled on Sandeep Mathrani as its new top banana.

Mathrani will reportedly relocate to New York from Miami, where according to public records, he owns at least one high-rise apartment that he acquired last year.

He’ll be reporting to Marcelo Claure, the SoftBank  operating chief who was appointed executive chairman of WeWork in October in order to help salvage what Claure has himself said is an $18.5 billion bet on WeWork by SoftBank.

Specifically, Claure told nervous employees at an all-hands meeting shortly after his appointment, “The size of the commitment that SoftBank has made to this company in the past and now is $18.5 billion. To put the things in context, that is bigger than the GDP of my country where I came from [Bolivia]. That’s a country where there’s 11 million people.”

Claure — who earlier spent four years as the CEO of SoftBank-backed Sprint —  was reportedly trying to hire T-Mobile CEO John Legere for the CEO’s post. Legere later communicated through sources that he had no plans to leave T-Mobile, yet just days later, in mid-November, Legere, who joined T-Mobile in 2012, announced that he’s stepping down as CEO after all, though he will remain chairman of the company. (According to the Verge, his contract is up April 30.)

Sprint and T-Mobile were expected to merge, though 13 states, led by the attorneys general of New York and California, are suing to block the deal over concerns that the merger would hurt competition and raise prices for users’ cell service.

Either way, Mathrani is a stark contrast to WeWork’s cofounder and longtime CEO Adam Neumann,  who was pressured to resign from the company after his sweeping vision for it as a tech company that enables customers to seamlessly shift from one WeWork location to another while also paying for software and services, was met with extreme skepticism by public market investors.

Indeed, though SoftBank marked up the company’s value over a number of private funding rounds — all the way to a brow-raising $47 billion — public investors began raising questions about its real value, and WeWork’s governance, as soon as WeWork publicly released the paperwork for its initial public offering.

Between the in-depth look its S-1 provided into the company’s spiraling losses; the degree of control held by Neumann (not fully understood previously); and a series of unflattering reports about his leadership style, including beginning with the WSJ; it didn’t take long before the company was forced to abandon its IPO dreams.

No doubt it’s now Mathrani’s job to eventually resuscitate those.

According to the WSJ, SoftBank has already established a five-year business plan that it expects will get the company to profitability and allow it to be cash-flow positive by some time next year.

Part of that plan clearly involved layoffs; it cut 2,400 employees in late November, shortly before the Thanksgiving holiday in the U.S. It has also been selling off companies that were acquired at Neumann’s direction but are seen as non-core assets.

What WeWork does not intend to curtail, reportedly, are its efforts to open new locations, even if it acquires them at a slower pace than in previous years.