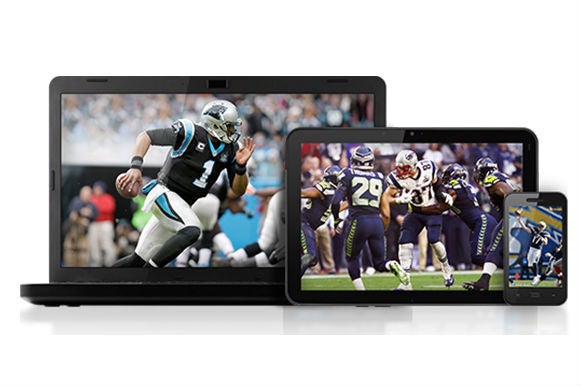 Thanks in part to new streaming options for cord-cutters, it’s possible to watch all your local NFL games without cable, along with all nationally televised games on Sunday, Monday, and Thursday nights. With the NFL season just a week away, now’s a good time to run through all the ways* that cord cutters can watch or stream NFL games, so you’ll be ready for kickoff:

As it was last season, the best way to watch NFL games for free is with an over-the-air TV antenna. Cheap indoor antennas sell for as little as $15, while more expensive flat designs from Mohu and Winegard can mount on a wall or to a window. All the major networks typically broadcast in high definition, so with a strong enough signal, the quality should be comparable to the set-top box you’d rent from a service provider (or perhaps even better, since the broadcast signal isn’t as compressed).

All you need besides the antenna is a coaxial input on your television; and with additional hardware, you can even add DVR capabilities to your antenna, orstream the video to other devices around the house over Wi-Fi. If your TV was manufactured prior to the 2009 digital TV transition, you might also need an analog-to-digital conversion box.

With “skinny” streaming bundles such as Sling TV, you can now get live channels that previously required a cable subscription, while still avoiding the sneaky pricing tactics and oversized bundles that tend to make cable so expensive.

That said, deciphering what NFL coverage you’ll get with Sling TV is a bit tricky. Local NBC and Fox feeds are available only in select markets, so if you only get on-demand access to those channels, you won’t get the games. Meanwhile, ESPN and NFL Network are split into separate bundles. The former requires Sling Orange for $20 per month, while the latter requires Sling Blue for $25 per month, though you can get them together for $40 per month total. Sling Blue users can also add NFL RedZone for an extra $5 per month through the Sports Extra add-on. This story has a complete guide to all the Sling TV channels.

Sling isn’t your only streaming bundle option for live NFL games. You can also subscribe to Sony’s PlayStation Vue service and get all the same coverage options.

Here again, the way it works can be confusing. NBC and Fox games require a non-”Slim” package, which includes live local channels. This is available in select markets and costs $10 more than Vue’s “Slim” bundles. CBS, meanwhile, is available in some areas that don’t carry non-Slim packages. The best way to figure out what you can get is to visit Sony’s PlayStation Vue plan page and plug in your zip code.

As for ESPN, the former is included in all PlayStation Vue plans (starting at $30 per month in most markets), while NFL Network is part of the Core ($35 per month) and Elite ($45 per month) packages. If you get NFL Network, an extra $40 delivers NFL RedZone for the entire season.

Supported platforms: PlayStation 4, PlayStation 3, Amazon Fire TV, Roku. After signing up through one of those devices, access is also available through iOS, Android, and Chromecast

No, seriously. After paying a rumored $10 million for the privilege, Twitter will live-stream 10 Thursday Night Football games—the same ones that will air on CBS and NBC—for free. All you need is a device that can access Twitter.

In the legal and moral gray area of password sharing, it’s possible to get a fair amount of NFL coverage. That’s because NBC, Fox, ESPN, and NFL Network/Redzone all offer live-streaming apps to anyone who gets their channels through a traditional pay-TV package. (PlayStation Vue subscribers can authenticate through these apps as well.)

NFL games you’ll get (subscriber must receive the corresponding channel):

As a last resort, NFL Game Pass lets you watch every regular season game for a one-time charge of $99—with one major catch: You can’t watch the games live. Instead, Sunday day games become available after the 4 p.m. round of games conclude, while night games become available immediately after the live telecast is over. (The package does include live radio broadcasts if you get impatient.)

* There are a couple of intentional omissions from this guide: Pirated sources, which are too unreliable and adware-ridden to list, and DirecTV’s streaming Sunday Ticket package, which is available only if you physically can’t put a satellite dish on your roof. (It’s outrageously expensive anyway.)

Sign up for Jared’s Cord Cutter Weekly newsletter to get this column and other cord-cutting news, insights, and deals delivered to your inbox.