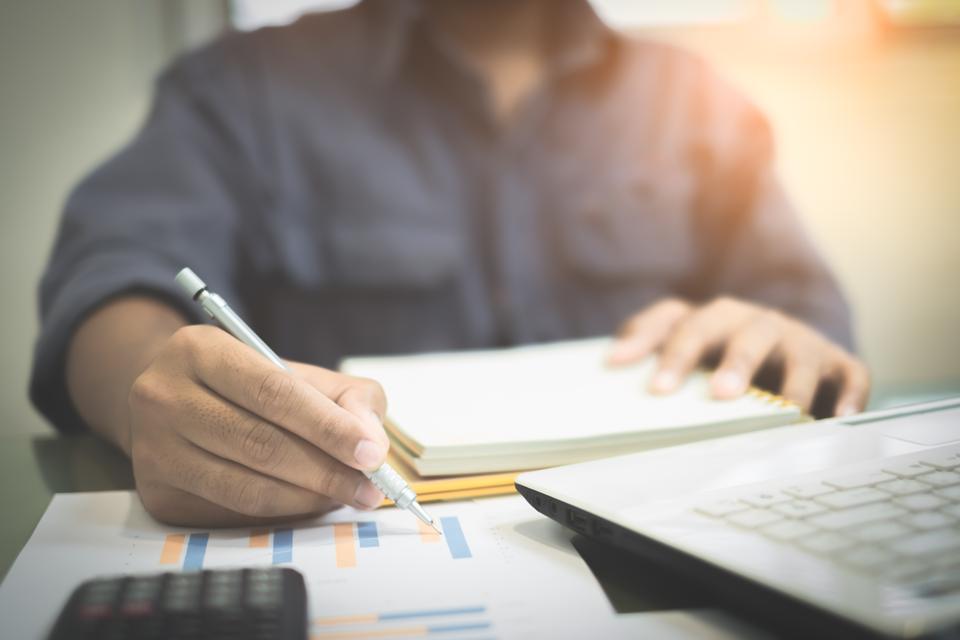 Tech valuations may be frothy, but the IPO market is a puddle of what it could be. Nine tech companies have hit public markets in the U.S. so far this year, marking an uptick from 2016, but disappointing in light of potential prospects. A major cause is the friction between heightened compliance requirements and the need for continued growth.

Consider what’s waiting in the wings. According to CrunchBase, there are over 200 privately-held companies with a valuation of over $1 billion and a combined market cap of over $800 billion. While this represents the equivalent of less than 0.4% of the total market cap of the S&P 500, these high fliers are holding back a solid chunk of change from public markets to the detriment of employees (who can’t exercise options on the primary market), investors (who lack liquidity without a clear exit opportunity and have invested $146 billion in these companies) and retail investors (who miss the chance to fund compelling businesses).

The founders and executives delaying going public can generate liquidity on the secondary market, but as evidenced by IPOs from Snap to Coupa to MuleSoft, they’re able to generate greater returns going public. So why hold off? A commonly cited reason is the burden of public filings and increased regulatory oversight – in short, compliance.

From the insider view of Silicon Valley, I’d posit the majority of these hyper-growth companies aren’t avoiding transparency, but rather have grown so quickly that compliance hasn’t scaled with them. Now they’re in one of two situations: 1. Compliance isn’t sufficient to go public and the house needs to be put in order first, or 2. Compliance is functional, but unscalable to the point where adding more complexity will be detrimental to growth, thus making an IPO unattractive.

These pre-IPO unicorns find themselves riding the bottom curve of Exhibit 1 below with no idea how to get to the green. 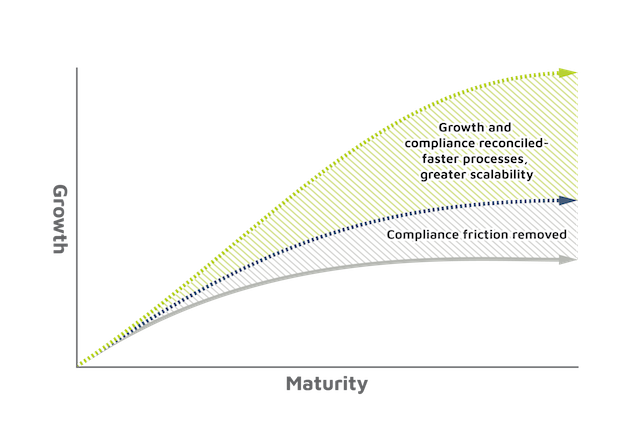 These manual and cumbersome processes are the legacy of rapid early growth. As companies scale quickly, early investment goes into building out sales and marketing orgs, not compliance departments.

However, this isn’t an option for hyper-growth companies if they intend to continue their growth trajectory. Outdated processes and tools naturally build a culture of risk aversion and eventually stagnation. Without complete visibility and control, hyper-growth companies will be forced to slow down or take unnecessary risks. A likely side effect is avoiding public markets. An IPO isn’t always the