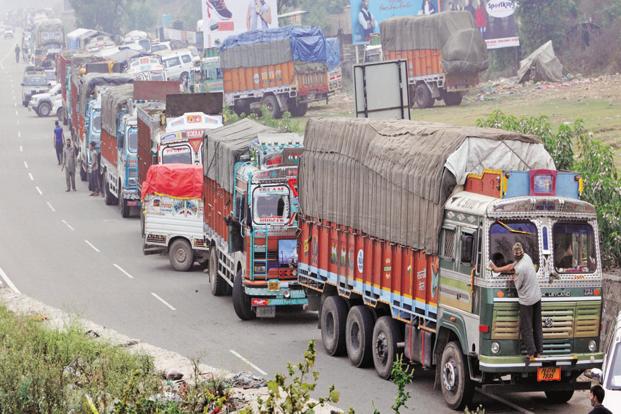 New Delhi: The Goods and Services Tax (GST) has been termed a potential game changer, the single biggest tax reform in independent India, one that the government says is founded on the concept of “one nation, one market, one tax”.

What remains to be seen, however, is how the GST rates—from 5% to 28%—will affect various consumer-facing sectors of the Indian Economy. A look at some of these sectors and how GST will impact them:

AUTOMOBILE: Robust demand to drive away any near-term dips in car sales

GST adds to the challenges the sector has faced, from demonetisation and then implementation of more stringent emission norms. The passenger car segment is expected to see an overall reduction in tax outgo, with bigger cars and sport utility vehicles (SUV) benefiting from lower tax rates. ICRA Ltd has estimated the total tax on small cars at 29% from the current 31.4%, while for an SUV, the tax rate will fall from 55.3% to about 43%. In the near term, however, car dealers have been cutting down on stock levels, which is expected to affect sales growth. The bright spot is that demand growth forecasts are robust, and analysts expect sales growth of 8-12% in FY18 for passenger cars and two-wheelers. GST is not expected to have a significant impact on commercial vehicle sales, according to ICRA. The base tax rate for the segment is 28%, compared with the current rate of 30%.

Cement makers will see some relief in tax payout as the sector has been categorized in the 28% slab as against the effective tax rate of 29-31%. Photo: Photo: HT

Contrary to expectations of cement firms, which were hoping for an 18% GST rate, the sector has been categorized in the 28% slab. Despite that, cement makers will see some relief in tax payout as the effective tax rate for packaged cement is anyway 29-31%. On the raw materials front, taxes on coal, limestone and lignite have been cut to 5%. However, the fuel mix of many cement firms currently has a higher proportion of imported petroleum coke. Meanwhile, a clean energy cess on coal and royalty to states for quarrying limestone remain. Given the already subdued demand and the lack of clarity on the impact of GST, prices are unlikely to surge in the near term.

The sector is likely to gain from the input tax credit that is available under GST rules. Photo: Ankit Agrawal/Mint

So far, the construction sector, including real estate, has had an effective tax outgo of between 11% and 18%. It varied based on the nature of the contract, the service tax applicable on the services availed and also varied taxes on goods used in construction. For instance, construction of roads, dams and irrigation projects enjoyed a service tax exemption. Under GST, the entire works contract is charged 18% tax. However, in spite of higher rates, the sector is likely to gain from the input tax credit that is available under GST rules. This is only partially available under the existing regime.

CONSUMER GOODS: Anti-profiteering measures to keep a lid on gains

Overall GST impact on consumer goods is seen as neutral as rates have been cut on mass consumption items and hiked on higher-end products. Photo: Bloomberg

Packaged consumer goods makers’ sales growth will be hit in the near term as trade channels have cut purchases in the run-up to GST. Overall impact is seen as neutral as rates have been cut on mass consumption items and hiked on higher-end products. Input tax credit on goods and services such as advertising and logistics is expected to offset higher rates. Anti-profiteering rules say gains from lower tax and input tax credit are to be passed on to consumers, limiting any immediate gains due to GST. A medium-term worry is how area-based exemptions are treated. In the longer run, organized companies are expected to gain share; reorganized production and distribution will lead to more efficiency and cost benefits.

JEWELLERS: No dent to demand

The GST rate on gold jewellery has been fixed at 3%, lower than expectations of a 5% rate. The new rate is close to the current 2%. Photo: Hemant Mishra/Mint

The GST rate on gold jewellery has been fixed at 3%, lower than expectations of a 5% rate. The new rate is close to the current 2%. Hence, it should not affect consumer buying dramatically. Additionally, the tax rate on jewellery making charges has been cut to 5% from 18% decided earlier. This should bring some relief as the tax levied on buyers declines and to that extent, is favourable for demand.