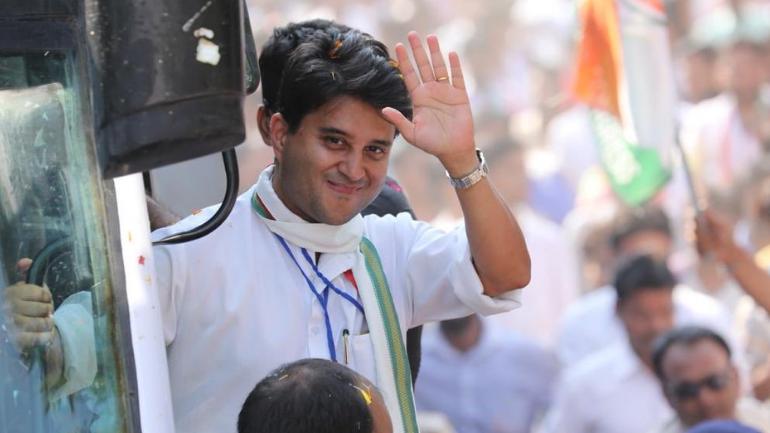 Scindia, the Congress chief whip in the Parliament, and a favourite among the young generation of Congress leaders, was one of the chief contenders for the Madhya Pradesh chief minister’s post.

While the party put its trust in the old guard Kamal Nath, Scindia made it a point to stand by the party’s decision and himself propose Nath’s name for the top post in MP.

Speaking with India Today TV, Scindia said on Friday, “You are a worker of the party. Many of the party’s decisions would go against what you wish, but such is life. The party made me a minister when I was just 35-year-old. The party has done a lot for me. Now, I will give my 300% to the party in its crunch time.”

When asked if Congress finds it difficult to get past the old guard and appoint its younger leaders in important roles, Scindia said that’s not the case.

He said, “I was made a minister when I was 35-year-old. I had independent charge of a ministry, now I am the chief whip in the Parliament. Sachin Pilot, too, has been made the PCC chief at a young age.”

He added, “Don’t think Kamal Nath or Ashok Gehlot spent more time in the respective states than me or Sachin Pilot. I have to abide my party’s decision. Some decisions are not for us to make. You work with the decisions that are taken. We all work for the party.”

After hectic deliberations and several rounds of negotiations with the four CM-aspirants in the two states, Gandhi posted pictures of the smiling leaders in both the states and later made the announcements.