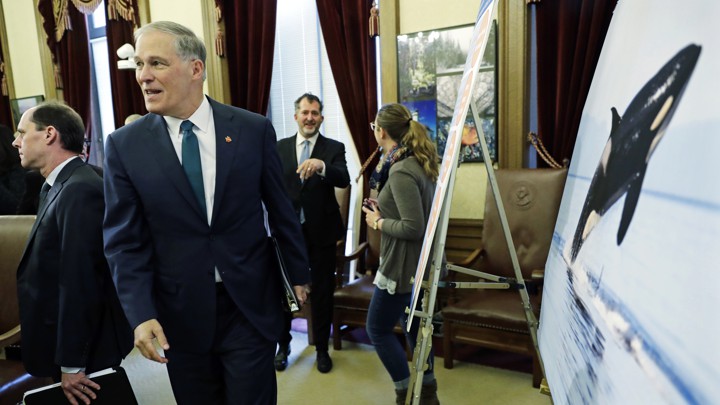 Welcome to 2019. The government is in its 12th day of the partial shutdown, on the eve of the 116th Congress, and already scrambling with the beginnings of the 2020 presidential cycle. Here’s what we’ve been keeping an eye on:

They’re Running: Massachusetts Senator Elizabeth Warren announced she’s entering the 2020 presidential race, and The Atlantic’s Edward-Isaac Dovere exclusively reported on Wednesday that Washington Governor Jay Inslee will likely run as well. More below on the emerging 2020 candidates, from The Atlantic.

Shutdown, Day 12: Nearly two weeks into the shutdown, with the worst effects of the closure yet to come, neither political party has changed its position on border-wall funding. As The Atlantic’s David Graham writes, the fight over the shutdown might only be getting started.

New Year, New Congress: The 116th Congress will see many additions, including newly minted Republican Senator Mitt Romney, and a Democrat-controlled “Climate Crisis” committee in the House. More below, from The Atlantic.

“I Don’t Want to Be Identified With That”: And finally, some high-powered evangelical donors are rethinking their relationship with Republicanism, The Atlantic’s Emma Green reports.