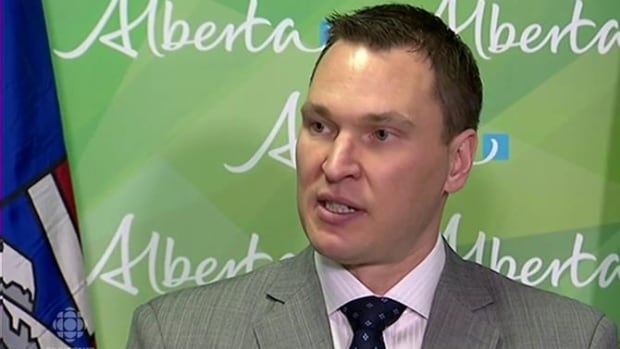 The Alberta government is boosting a micro-grants program to help companies sell their wares in other countries.

The program was launched by the province in January.

Economic Development Minister Deron Bilous announced at the Global Petroleum Show in Calgary that the $5,000 grants will be doubled to a maximum of $10,000.

“Feedback that we received is the $5,000 micro-voucher grant wasn’t quite enough to cover whether it was a business plan or a market assessment for whatever country they wanted to go,” said Bilous.

It might still be a small sum of money but he said for a small business, that can be huge in helping it make an overseas market connection.

“A $10,000 voucher is the difference between them doing a market analysis on whatever country they’re interested in or not,” said Bilous.

Small grants can be big deal

Koleya Karringten, who was at the Global Petroleum Show on Wednesday, said receiving a grant was a key development in her small company’s ability to reach out to several countries.

She’s the president of Absolute Combustion International, a company with three employees.

The company has designed a near-flameless combustion technology that helps oil and gas companies reduce their fuel consumption and emissions by 50 per cent in industrial applications.

Her company has made connections in the Middle East as well as Japan and Mexico.

“Not every company has 50 staff and a $20-milllion budget to work with,” said Karringten.

“Some of us are working on hundreds of thousands or tens of thousands [of dollars], trying to get our new concept start-up technology out into the marketplace.”

Karringten said leveraging that grant is a big deal for a small company like hers.

While it’s boosting the micro-grant program, it won’t put any further strain on the provincial budget.

Bilous said some of the cash will come from excess funds in the Export Support Fund. That program gives eligible companies up to $20,000 to help them ease the cost of exporting to new markets.

He said most companies are providing receipts for that program in the $5,000 to $8,000 range so some of that excess cash can be directed to the micro-grants program.

The goal of the programs is to create jobs in Alberta.